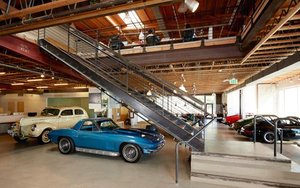 There was no incumbent agency.

K&P was selected for its ability to grow international brands and unconventional vision. The agency is best known for its 30-plus year work on behalf of Red Bull.

Honma and K&P will develop creative that conveys how the golf clubs are a craft and art form, not a manufacturing process.

According to Honma, it takes over six months and the hands of 100 skilled artisans to create just one of its clubs.

“Yes, Honma makes the best golf clubs around," stated Brandon Rochon, CCO, K&P, NA. Laying it on even thicker, he added: "But now we use creativity to breathe new life into the industry and put the swag back into the game … that’s a magic recipe that’s set to change golf culture forever.”