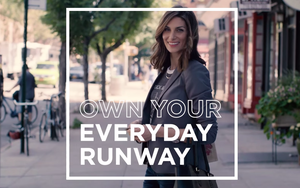 In more evidence that the traditional holiday retail calendar is out the window, JC Penney and Kohl’s are breaking new ground for retailers, offering pre-Black Friday sales that highlight deals they will offer as soon as the pumpkin pie gets served. And Amazon has thrown down the gift gauntlet early too, with relentless Black Friday specials starting earlier this week.

The changes certainly don’t mean Black Friday is dead. (In fact, the National Retail Federation has predicted it may be the biggest day of the year in U.S. retail sales, after losing out two years in a row to Super Saturday.)

But experts say it’s part of retailers’ increasing pricing transparency with consumers, says Michael Dickenson, CEO of Ironbridge Software, which has been tracking CPG and store data since the 1980s. “What’s the point of chasing a Black Friday deal down at the mall,” he says, “when the same prices and goods — maybe even better ones — are available all month long?”

Kohl’s, which plans to open at 6 p.m. on Thanksgiving Day and is scheduling its Black Friday sales for the week before, offered a one-day sale, previewing its Black Friday doorbusters, available online and in stores. It was counting on electronics to drum up enthusiasm, leading with Samsung TVs, Fitbit and Sony and Xbox video games consoles and game bundles. In addition, it will offer shoppers $15 in Kohl’s Cash for every $50 spent.

JC Penney, which also will open on Thanksgiving, is also previewing its deals in a Black Friday Sneak Peek, as well as big Black Friday cuts in its new appliance departments. And Amazon blazed out of the gate promising “tens of thousands of deals, and new deals as often as every five minutes,” through Dec. 22.

Perhaps the biggest impact of this diminished Black Friday, Dickenson tells Marketing Daily, is that it has radically changed “Big Data Monday,” the day when manufacturers and retailers could pore over the holiday weekend’s results. “It’s when they could look at sales trends, and scramble to analyze results. But typically, there wasn’t much they could do to change things so late in the season, except to lower the price.”

He credits the rise of e-commerce — not just from competition like Amazon, but also the success of their own online sales — with helping retailers continue to distance themselves from the oh-so-analog tradition of Black Friday, or even Cyber Monday, its digital stepchild. “Thanks to long-range shopper forecasts and smart data analyses, brands are no longer tied to one singular day of sales,” he says. “Instead of Big Data Monday, they’ve got this data all month long. It gives them a chance to react and make corrections.”