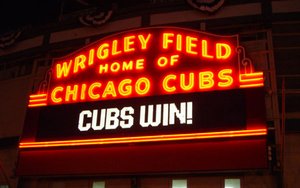 One of the most dramatic World Series games -- fought to the bitter end by two longtime-suffering baseball franchises -- did not disappoint in TV viewership.

It posted the best results for a nationally televised World Series game in 15 years.

It was the highest-rated national TV game since 1991. The game was also 70% higher in viewership compared with the last Game Seven of World Series game, where the San Francisco Giants beat the Kansas City Royals in 2014.

The Chicago Cubs ended their 108-year-old drought with an 8-7 victory. The last time the team won the World Series was in 1908. Cleveland Indians last won the series in 1948.