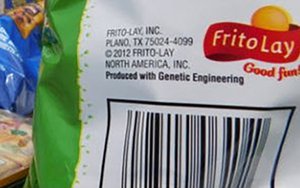 A Washington State court has levied a record-setting $18-million fine on the Grocery Manufacturers Association for campaign finance violations during GMA’s fight against a GMO labeling initiative on the state’s ballot in 2013.

In March, Thurston County Superior Court Judge Anne Hirsch had ruled that the GMA had violated state law by concealing the names of the companies behind GMA’s $11-million in spending to defeat Initiative 522. Those companies included Nestle, PepsiCo and General Mills.

In the case, internal GMA documents showed that the association sought to shield member companies from negative perceptions and issued “talking points” advising them to deny funding the anti-labeling efforts, according to The Seattle Times.

In the penalty phase just concluded, Hirsch ruled that the violations were intentional, allowing her to triple the $6 million fine she imposed. She also ruled that the GMA must pay the state’s trial costs.

The GMA, which continues to assert that its violations were unintentional, said that there is “no basis in law or fact to support this unprecedented, inequitable and clearly excessive penalty — nearly early 18 times higher than any other Washington state public-disclosure fine.”

In its statement, the association said that it will “vigorously pursue its legal options to correct this injustice.”

In total, anti-labeling groups spent $22 million in the 2013 Washington face-off. The initiative was narrowly defeated.

Food and beverage groups failed to prevail in Vermont, where a GMO labeling law was set to go into effect this past July 1.

However, in mid-July, anti-labeling lobbying resulted in passage of a federal law that superseded state laws.

GMA president and CEO Pamela G.Bailey called the federal legislation, which will take years to phase in and will allow food makers to choose from digital codes, a symbol or language, “a resounding victory not only for consumers and common sense but also for the tremendous coalition of agricultural and food organizations that came together in unprecedented fashion to get this solution passed.”

Andrew Kimbrell, executive director of the pro-GMO-labeling Center for Food Safety, called the law “a non-labeling bill disguised as a labeling bill.”