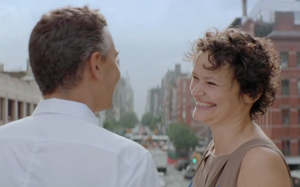 Park Hyatt hotels is partnering with The New York Times for a second year to create a digital content series aimed at global travelers.

Called “TasteMasters,” the collaboration brings together experts in art, architecture and culinary fields. A three-part video series will offer insight into their areas of expertise and highlight what luxury means to them on both an artistic and personal level.

The series was created in partnership with T Brand Studio, The New York Times’ brand marketing unit. Content can be viewed exclusively on NYTimes.com/TasteMasters.

The first video in the series debuted Nov. 1 and features a couple well known in the arts: Cecilia Alemani and Massimiliano Gioni, director of the public art program for the High Line and artistic director at the New Museum, respectively.

Other “TasteMasters” that will be featured over the coming weeks include architect Paul Tange, president of Tange Associates and son of the late Kenzo Tange, and chocolatier Pierre Marcolini, founder and creative director of his namesake company.

In its first year, the collaboration includes three events around the world, bringing together cultural trendsetters with NYT journalists for wide-ranging conversations covering the worlds of fashion, art, and cuisine, among other subjects.

“Park Hyatt guests are fueled by the desire for intelligent conversation and culturally relevant experiences,” said Sandra Cordova Micek, senior vice president of global brands for Hyatt, in a release.

There are currently 38 of the high-end hotels at locations across the world including New York, Chicago, Washington, Dubai, Melbourne, Sydney, Milan, Moscow, Paris, Tokyo and Toronto.