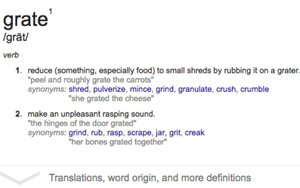 Here’s my concession speech: I was completely wrong in the “Trump This” prediction I made on these pages nearly a year ago, when America began seeing Donald J. Trump as a serious candidate. Upon winning the general election, I imagined Trump would get up to the podium and effectively say, “C’mon America, I was only kidding.” That his real agenda was to reform our modern electoral system by exposing it for the farce it is. I mean, how could a serial-bankrupter-turned-reality-TV-show-host be taken seriously?

I was wrong. As were much of the media, the pollsters and pundits that feed them. The majority of American voters took him seriously, and we have to accept that is the country we live in -- or will be living in for at least the next four years.

But I’m hoping the second part of my speculation was accurate, that the Trump that ran this election was not the Trump that will actually govern. That he was simply utilizing his great showman instincts to rally a base as a means to an end and that now that he is President Elect, he will govern in a more, well, “Presidential” way. Might as well accept that, because we have no other choice -- at least for the next four years.

For all those readers who objected to the undertones of MediaPost’s political media and marketing coverage -- especially some of our commentaries -- I just want to say we are and always will be an equal opportunity offender and we’ve always welcomed opposing points-of-view in op-eds, franchise columnists and the comments made to what we published.

We will continue covering political media and marketing past the general election, because we believe it is relevant to the media business in ways that go beyond the electorate. And right now, the most obvious observation is that the “news media” part of it was absolutely wrong and may have less influence in that process than anytime since the Nov. 3, 1948 “Dewey Defeats Truman” cover published by the Chicago Tribune. 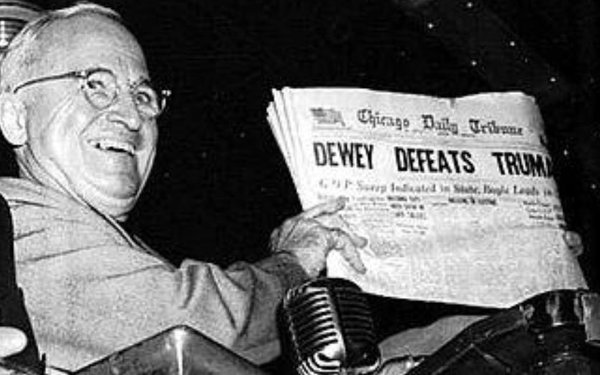