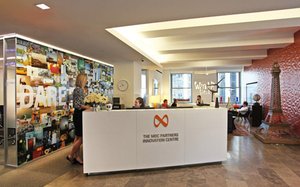 MDC Partners has reached an agreement in principle to resolve the ongoing investigation by the Securities and Exchange Commission that began more than two years ago. The agreement, reached with the Philadelphia Regional Office of the SEC, is subject to formal SEC approval.

The holding company noted that the SEC will continue its investigation of certain persons who previously served as executive officers of the company. Former CEO Miles Nadal was not specifically cited in that context by the company, however, much of the SEC probe had to do with improper expenses taken (and subsequently returned) by Nadal.

Also, former Chief Accounting Officer Michael Sabatino was relieved of his CAO duties back in April 2015 and departed the firm at around the same time as Nadal, July 2015.

As part of the agreement, MDC will pay a $1.5 million civil penalty to resolve all potential claims by the SEC against the company relating to these matters. The SEC staff had concluded that MDC unintentionally violated a number of SEC rules, but under the framework of the proposed deal the holding company is not admitting liability.

Contrary to the prediction of at least one short seller earlier this year (Gotham Research), the company said there will be no restatement of any of its previously filed financial statements per the SEC agreement.

The company first announced the SEC investigation on April 27, 2015 (it started the previous October), as well as subsequent actions taken as part of an internal investigation, including the resignation of Nadal. As a result of the SEC probe, Nadal agreed to fully repay the company nearly $11.3 million for improper expenses incurred, and another $10.6 million in unearned cash bonus awards.

Scott L. Kauffman, MDC Chairman and CEO, stated: "We are extremely pleased this matter is on its way toward final resolution for the Company and our stakeholders. We greatly appreciate that the Philadelphia Regional Office of the SEC recognized our high level of cooperation and the extensive internal investigation conducted by the Company's Special Committee and outside counsel, as well as the self-initiated remedial measures implemented in connection with new policies and procedures."

Word of the tentative settlement followed the company’s poor Q3 earnings report last week, which sent the company’s share price into a tailspin. Today, the stock was up 10%-plus in mid-afternoon trading.

When it disclosed earnings last week, MDC also indicated that it had retained financial advisor LionTree to assist in evaluating its financial and capital structure strategy. Such a move is often considered a sign that a company is preparing itself for sale, although company officials denied that was the case on an earnings call last week. A day after the call, The Wall Street Journal cited unidentified sources as indicating that a sale was one of the options being considered by the company.

In October a U.S. Federal District Judge in New York tossed a class-action shareholder law suit against MDC Partners that alleged a pattern of fraudulent behavior on the part of the company and certain current and former executives. The suit was filed after the company first disclosed the SEC probe, which resulted in a sharp drop in the price of company shares.