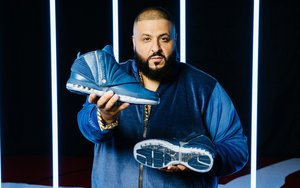 [Update from Nike: “We look forward to bringing New Yorkers the best of Nike at our new Soho store. Due to permitting issues, the store will not open to the general public as planned on Friday, November 11th. We will communicate the new opening date as soon as possible. Scheduled product launches and consumer events are postponed until opening.”]
Both Nike and Trophy Room, a boutique sneaker store, are launching campaigns this week.

Nike’s effort coincides with the launch of Nike SoHo, a five-floor, multi-sport, digitally connected store that opens Nov. 11. The "#NYMade” campaign celebrate’s Nike’s love of New York with key product, athlete and consumer moments. Inspirational personalities with special ties to the city will be featured in outdoor and digital marketing. They include Odell Beckham Jr., Victor Cruz, Serena Williams, Nas and Bella Hadid.

New collections and products including the Gyakosou collection, the “What the Kyrie” and a special collaboration between Nike and designer John Elliott will launch. In addition, in a unique sport and cultural crossover, a special basketball court designed by the artist KAWS, a giveback to the city, was unveiled Thursday at Sara D. Roosevelt Park.

A promotional campaign celebrating the shoe's official release is online at http://www.trophyroomstore.com. It was created by Valiant Pictures and director Masood Ahmed and features DJ Khaled. It includes a 30-second video spot that debuted online Nov. 9.

According to Ahmed, as a well-known Jordan advocate, DJ Khaled was a perfect fit for the promotion, especially based on his massive social media following. While the team captured HD imagery and footage to be distributed on YouTube, Facebook and beyond, they also produced imagery and video clips that DJ Khaled posted on Snapchat and Instagram that have gone viral.