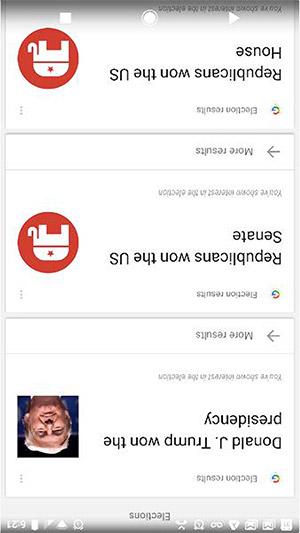 Google was calm and collected and offered to “search that for you,” but I already knew what it meant, so I skipped denial, anger and bargaining and went straight to depression.

I spent most of the next 24 hours dealing with that same stage as many of my closest friends and loved ones. We spent much of the day debating what country they’d most like to expatriate to.

Not that polls matter much anymore, but in case you’re interested, New Zealand won, followed closely by Canada.

I told them all that I supported their decision and would definitely visit them, but that I planned to stick around to do whatever I can to make America even greater than it’s always been.

The greatest thing, of course, is that we are a democracy built on a foundation of ingeniously crafted checks and balances. But 24 hours later, I can’t help wondering if that foundation hasn’t become a bit tilted and, well, out of balance.

I can check off so many reasons -- the archaic nature of the Electoral College, chief among them -- but I’m going to stay focused on what makes my personal diatribe remotely relevant to the readers of MediaPost: You know, media.

One of the biggest problems we face as a modern society -- and the thing that will determine the future of it -- is, in fact, media. And by media, I don’t just mean the “news” media, or even, by extension, the “social” media that is increasingly supplanting it as the source that “feeds” and “informs” us.

I mean, the very infrastructure of it and how it is restructuring everything about us, especially how we feel, think and behave as people. A few years ago, Brian Monahan -- then at Interpublic’s Media Lab and now at NewCo -- and I explored this theme in a special issue of MEDIA magazine focusing on how the acceleration of media technology might also be contributing to an acceleration of the evolution of human beings.

Brian coined the concept of “homo mediated” -- a new species of humanity that was replacing homo sapiens -- by augmenting them with media.

I bought into his thesis, but I’ve come to think that there are actually two new orders of human species -- homo mediated and homo mediators. The latter are humans that utilize media to augment the way the homo mediateds among us think, feel and behave. And the more sophisticated and better they get about using media, the more they can augment others.

Obviously, many readers of MediaPost fall into both these camps.

Ours is an industry premised on using media to influence and augment what other people feel, think and do. It has long been criticized for doing that very thing -- from the earliest snake oil roots, to the adoption of social science and subliminal messaging, through the sophisticated use of data and technology.

Yes, we still have some checks and balances -- the FTC, the news media, etc. -- but for the mos 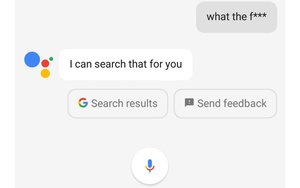 t part, some of these advances and progressions are happening faster than most people can evolve to keep up with them.

And that is the main point of this column -- that media, and especially media technology — are evolving faster than people. That’s creating a rift dividing us into two kinds of people: those that know how to use media, and those that are used by it.

I’ve always believed the most sophisticated users of media -- the homo mediators among us -- were the ones who used it for political persuasion. It's not just because they have a more sophisticated knowledge of how to use media, but because of the way they use it.

And the fact there often don’t seem to be any checks and balances controlling how they do that.

I learned this first from covering political media in my earliest days as an industry reporter -- back in the quaint days of the early 1980s, interviewing the late-great political media strategist Tony Schwartz (who conceived Lyndon Johnson’s “Daisy” spot), Ronald Reagan’s Tuesday Team (the original make-America-greaters), all the way through Barack Obama’s Hope-mongers and through Donald Trump’s againers.

Messaging aside, something else has changed, and it’s the insidious speed and power with which that messaging can be applied when put in the hands of the right mediator.

I don’t know what the solution is. I just know we have to start thinking about the role media is playing in accelerating how people feel, think and behave, because it isn’t just creating a rift among us. It’s creating fundamental dissonance.

While I’ve always been fascinated with political media, the first time I started thinking seriously about media dissonance was in the days after 9/11. I was working for Steve Brill at the time. All of us at Brill Media, Inside.com and MediaCentral were blown away, like the rest of us, by the terrorist attacks.

But for me, it was an eye-opener and a mind-expander that there was such a dissonance -- a rift -- between the way we thought and the way fundamental Islamic jihadists thought. I couldn’t help thinking that media was part of the problem.

I believe part of the fundamental Islamic jihadist movement is a reaction to the influence “Western media” has had on their culture, and the fact they had almost no way of defending their culture from it. Ironically, they’ve embraced it and utilized the very same media and technology to recruit jihadists and wage war on the perpetrators infiltrating their culture.

I was heartened to learn in a series of presentations at SXSW by the White House that we were fighting back, including both military initiatives, as well as a startup-like incubator operating out of the the basement of the White House called the “U.S. Digital Service.” It’s already done some amazing work, but I’m going to guess the next administration will put the kibosh on that, because, well, you know, not-invented-here… especially when you consider the USDS was kick-started by a project to reboot the first failed attempt to launch healthcare.gov.

I know I’m rambling and covering a lot of ground here, but it’s because I’m trying to compress a lot of complex feelings, thoughts and behaviors into one piece to make one essential point: The role that media increasingly plays in creating dissonance and, even better, the role it can play in bringing us together.

If you ask me, what the real success of the homo mediators on the Trump team was, that they understood how to leverage and inflame the dissonance among an angry, disenfranchised base that feels much like the fundamental Islamic jihadists do. Another culture has usurped theirs. Change the word “Western” for “elites,” and you’ll see what I mean.

Personally, I reject labels like “Westerner” or “elitist,” though I would consider myself an intellectual -- overly so, if this column is any indication. But what I really consider myself is a human being who cares about other human beings, even the ones that object to my sense of culture. And as a homo mediator, I consider it my job to try and change their minds about that in the most respectful and compassionate way possible.

I’m still struggling with how to do that. I know what the problem is, I just don’t know how to fix it. But I do know if we don’t fix it, the dissonance will continue — and it will spawn cultural and political unrest like we’ve never witnessed.

I started this column with four of the five phases. Let me end with acceptance.

I accept that we live in a democracy and that Donald J. Trump was democratically elected president. I accept that there are enough checks and balances in our system to ensure he will govern presidentially. I will give him the benefit of the doubt. I accept that if things don’t work out, we will find another way to make America even greater again.
commentary, media, politics
2 comments about "Acceptance".
Check to receive email when comments are posted.
Read more comments >
Next story loading