Why Trump Is The Uber Of Politics 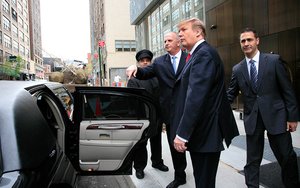 Strange analogy, I know. But I’ve heard stranger ones yet over the past several days. Hear me out on this one. My thesis is that Trump is to politics what other “New Establishment” brands are to other marketing categories. Yep -- politics can be viewed as just another consumer marketing category, albeit a high-stakes and high-consequence one.

So replace the word “consumer” with “voter” and replace the word “brand” with “candidate,” and I’ll make my case for why Trump is the Uber, or Airbnb, or Dollar Shave Club or pick the new-establishment-brand-of-your-choice.

What they all have in common is that they understand some key insights that established brands still haven’t figured out -- or at least, have not figured out how to leverage or defend themselves against.

Chief among them is a core insight that the world of consumer marketing has grown so diffuse and amorphous that unless you’re using it to reinforce category or behavioral norms, it just doesn’t work very well anymore. There are just too many moving pieces influencing consumers, and they’re moving at hyperactive rates that can no longer even be described as “real-time.” (A better term might be “surreal time.”)

Some might argue that we are living in “Surreal Times,” but I don’t think it’s that complicated. You just have to let go and abandon everything you know about the art -- and most importantly -- the tools of “persuasion.”

Instead of the “five” of “seven” or however many “Ps” of marketing, you’ve got to think about one thing -- the consumer’s “unmet need,” how to meet it, and how to get that message to them.

That is the thing all the New Establishment brands have in common. They have identified an unmet market need. They figured out a way to meet it. And they figured out how to get the message to the market that needs them.

That’s why it was interesting to me to cover Starcom’s creation of a unit focused on a) servicing New Establishment brands like Airbnb, Twitter, etc., and b) figuring out how to help the agency’s Establishment brand by doing so. It’s why we picked Starcom as our agency of the year last year, and while they may not have figured out the secret sauce completely, I think they were on to something. So is Donald Trump.

The brilliance of his campaign strategy was that he understood that the best way to message an unmet need is in a way that is different than the brands that have been failing to meet the need in the first place. He kept saying that in his messaging, and in retrospect, he executed it that way in his campaigning too. It’s why he was successful despite Hillary Clinton’s massive media and ground teams, because -- again in retrospect -- the more she messaged that way, the more it reinforced that she was the old, not the new establishment.

That’s a very difficult thing for establishment brands to defend against, regardless of the category you are marketing in.

4 comments about "Why Trump Is The Uber Of Politics".
Check to receive email when comments are posted.
Read more comments >
Next story loading