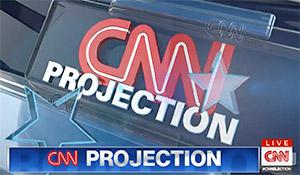 Cable TV news networks continue to post higher advertising dollars in the days leading up to and after the big political upset of the Presidential election.

From October 11 through November 10, the three big cable news networks pulled in $184 million in national advertising, up from $68.4 million over the same time period a year ago, according to iSpot.tv.

Fox News Channel seemed to have the best loyalty -- 62.5% of those who watched Fox News Channel stayed for at least five minutes during the 8 p.m. to 2 a.m. time period; with 11.2% of Fox viewers switching at times to CNN; and 3.1% channel flipping to MSNBC, according to Samba TV.