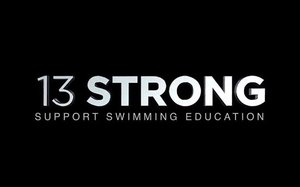 Horizon Media is supporting the documentary film “13 Strong" as a sponsor via its INVENT@horizon program. Horizon, among other contributors, provided resources – both financial and human – to support “13 Strong,” and will appear as a sponsor in the film’s closing credits.

The documentary was created by Horizon veteran Roseann Sagginario, group manager, broadcast, local video investment . It tells the story of 13 young men from the University of Rhode Island  Swim Team (including Sagginario’s son Joe) and their improbable path to victory.

Because of funding cuts, the men’s NCAA Division 1 swimming program at the university was eliminated in the spring of 2008. It was a huge blow to the team which was on the upswing and very competitive.

But they didn’t give up, instead regrouping as an RIU club sport, raising money on their own as they continued to compete against other schools. Against all odds, they won the 2011 National Championships.

Sagginario, brought the project to her agency as a way to bring awareness about water safety. While Horizon mainly invests in new forms of media and solving client problems, the invention group also focuses on seeking new ways to recruit and motivate employees, among other activities.   The agency embraced the project given its inspirational and motivational storyline.

The “13 Strong” Documentary will premiere on November 15th at the Roxy Hotel in New York City.