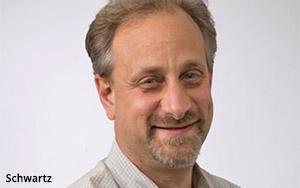 In what it described as a simplification of its management structure in the U.S. and Canada, GroupM promoted long-time research chief Lyle Schwartz to president of investment. GroupM characterized the move as part of a transition of long-time Chief Investment Officer Rino Scanzoni to executive chairman and CEO of WPP corporate trade unit Midas Exchange and programmatic and advanced TV unit Modi Media.

“This is the first time someone with a research and analytics background has been named trading chief for a major media investment group,” Lesser said in a statement announcing the reorganization. “This decision underscores our belief that data and insights are fundamental to the success of the entire business.”

In his new role, Schwartz will be responsible for more than $30 billion in annual media spending. A 30-year vet of WPP and its predecessor agencies, Schwartz began his career with an early position as in the media department of Young & Rubicam, and has been a key player in helping to structure important industry metrics and currencies, especially his push to create an industry compromise between TV buyers and sellers over C3 ratings.