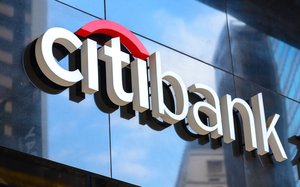 Citibank leads among national banks with a 12-percent jump in customer satisfaction, according to the American Customer Satisfaction Index.

Wells Fargo loses the top spot by improving the least, adding just 1% to 76, and is now below average as the other national banks post greater gains. Bank of America (+10%) and Chase  (+6 %) at 75 are closing in on Wells Fargo.

Overall customer satisfaction with banks and health insurance is up, per ACSI.

“In turn, these companies see their bottom line suffer,” Morgeson tells Marketing Daily. “In an era where consumers have virtually unlimited alternatives, satisfying customers is more important now than ever.”

Although national banks rank lowest, they are the most improved (+6.9% to 77). Credit unions edge up 1.2% to 82, slightly below the industry’s long-term average. Similar to smaller banks, credit unions offer more personalized service, and also are generally more likely to have lower fees and free checking.

Consumers like personalized service in any industry, and smaller banks are better able to offer that than the big national banks, Morgeson says.

“The biggest surprise in this year’s results is the significant improvement in the retail banking industry,” Morgeson says. “The industry average is up 5.3% to the highest satisfaction score for retail banking in 23 years, when ACSI measurement first began.”

The health insurance industry improves 4.3% to 72 as all major providers post gains. Large boosts for Aetna and Anthem lift the two companies into a tie for first place at 75. Kaiser Permanente is up 4% to 74, Humana (+1% to 72) matches the industry average, while Blue Cross and Blue Shield comes in just below at 71. UnitedHealth advances 6% to 70, and Cigna, despite improving the most, comes in last place at 67.

Property and casualty insurance is the only category in the sector to decline, down 1.3% to 78. Waning customer satisfaction for the industry is the result of a 5-percent fall for smaller insurers. Many of the largest insurers, however, improve. AAA takes the lead, up 8% to 81. Nationwide increases by 5% to 79, GEICO inches up 1% to tie the industry average at 78, and the rest of the industry clusters below at 77. The exception is Farm Bureau, moving in the opposite direction and falling 8% to last place at 74.

The ACSI report is based on 9,608 customer surveys collected in the third quarter of 2016.