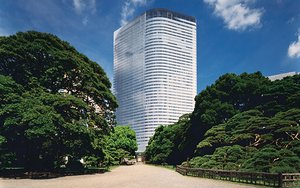 Gross profit — defined as revenue less direct costs, and the metric used to report the Tokyo-based holding company’s organic growth — was 552,107,000,000 JY (nearly $5.1 billion). The firm reported organic growth for the first nine months of 5.7% including 2.7% for the third quarter.

The company’s operations in Japan delivered organic growth of 5.7% for the first nine months (0.3% for Q3).

In the Americas, organic growth was 2.3% for the first nine months, but improved to 5.4% in Q3. The company said that the U.S. operations were helped by new business wins achieved over the last 12 months.

Those wins included assignments from Clorox and JCPenney that were awarded to mcgarrybowen.

The company made 27 acquisitions and investments during the first nine months including the purchase of a majority stake in Merkle, the Columbia, MD-based CRM and search specialist.