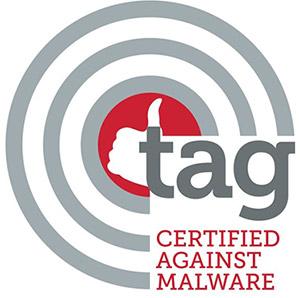 The Trustworthy Accountability Group (TAG) on Tuesday announced the TAG “Certified Against Malware” Program, its fourth and final seal program to certify buyers, sellers, and intermediaries in the digital advertising supply chain that have taken aggressive steps to fight malware. As part of the program, TAG also launched a Malware Threat Sharing Hub to disseminate near-real-time intelligence on malware attacks to other companies and law enforcement agencies.

“Malware is the illegal engine that powers bot networks and the advertising fraud they enable. There's no simple fix to a complicated problem like malware, so TAG's anti-malware program combines overlapping defenses through a seal program that helps companies find and block malware in their networks, an information sharing resource to keep the good guys ahead of the criminals, and close cooperation with federal law enforcement agencies,” Mike Zaneis, CEO, TAG, told Real-Time Daily via email.

Companies using the new Malware Threat Sharing Hub will be able to use the information to update their defenses against the most recent infections used in attacks on other victimized companies and consumers. TAG will also provide information from the Hub to law enforcement agencies to assist in the prosecution of criminals distributing and using malware.

To obtain a TAG “Certified Against Malware” seal, companies must comply with a set of guidelines related to their specific roles in the digital advertising supply chain, and comply with the adoption of TAG’s Best Practices for Scanning Creative for Malware which were released last month.

TAG’s anti-malware efforts were led by the organization’s Anti-Malware Working Group which includes nearly 50 companies and organizations. TAG has also been working closely on its anti-malware efforts with federal law enforcement agencies including the U.S. Department of Homeland Security, U.S. Department of Justice, and Federal Bureau of Investigation.