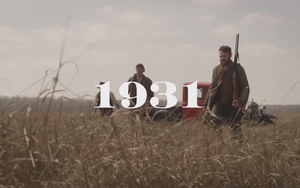 Carhartt is out to convince hard-working guys that its clothes are as technically innovative as they are rustic, with a campaign for its new Full Swing line.

In a spot directed and produced by Jason Momoa, a.k.a. Kahl Drogo in “Game of Thrones,” the company makes full use of its 127 years of rugged performance.

“Everyone is familiar with the idea of us as an old-school company with the brown Dux fabric, but this jacket has been radically reengineered,” says Brian Bennett, vice president of creative at Carhartt. “We wanted to do a campaign that would show how this innovation is just the latest, and that we’ve been innovative since we started, since we started making clothes for railway workers that were two to three times as strong.”

Bennett says the company developed Full Swing in response to user feedback, with requests to make jackets that allowed for a full range of movement. “You have to be athletic to do the jobs people do, leaning, and lunging,” he says. “We think of work as a sport.”

The campaign also highlights the company’s hunting gear, which it’s been selling since 1930, but has also been given some recent technical innovations. And while the spot doesn’t call much attention to him, one of the vignettes features a bow hunter that on closer look turns out to be Madison Bumgarner, pitching ace for the San Francisco Giants.

“He’s a hunter in real life and has appeared in other campaigns for us, but we don’t ever call him out for who he is. We like that subtle use of him,” says Bennett.

Momoa’s production company, Pride of Gypsies, spent a month visiting locations throughout the U.S., filming everything from rodeos to lumberjacks to snow rigs.