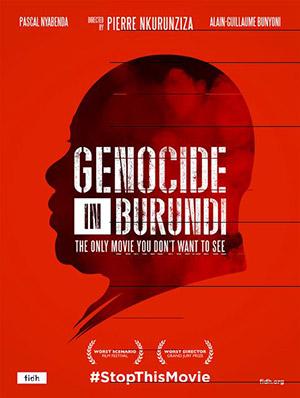 The International Federation of Human Rights (FIDH) wants to bring attention to what it’s calling a genocidal crisis in Burundi and has enlisted We Are Social France for help with a new campaign.

The group says that thousands have been killed so far while more than 310,000 people have fled the country. Amidst the long-running unrest there, people are currently protesting against President Pierre Nkurunziza's third term, which many claim is unconstitutional.

The project centers around a 60-second movie trailer "Genocide in Burundi" that resembles a real movie trailer similar in style to African tragedies such as “Hotel Rwanda”, “The Last King of Scotland” and “Johnny Mad Dog”.  The clip begins with the notice that it is a "Film By Pierre Nkurunziza, the President of Burundi" and ends with the message #StopThisFilm and "The only movie you wouldn't want to see."

At the end of the trailer, viewers are directed to sign a petition. The goal is to encourage the United Nations to deploy a peacekeeping mission to protect the civilian populations and prevent a possible genocide.

"Cinema is a media which the general public can relate to, which was key for us because we know it's really hard to attract people's awareness around tragedies that are happening on the other side of the world," says Sandrine Plasseraud, founder/CEO, We Are Social France.

The trailer will be presented on the French movie platform AlloCiné (similar to IMDB), as if it were a real movie trailer. In the U.S., the clip is shown in a loop on a Clear Channel electronic billboard in NYC's Times Square between 46th and 47th Streets  through November 22.  We Are Social will also target select international public figures and personalities, such as actress Emma Watson, with personalized tweet messages.

"We looked for people who had ties with the film industry, since our campaign is based on a fictional trailer," says Plasseraud. "We also identified influencers who have interest in charities/NGOs. And we're hoping they'll help us amplify the message so that Burundi is not forgotten by the international community."

The FIDH and The Burundian League For Human Rights have also published the 200-page ‘Repression and Genocidal Dynamics in Burundi' report that outlines crimes being committed in Burundi that include murders, kidnappings, disappearances, torture, rape and massive detentions, ordered by the highest ranking officials, they say.