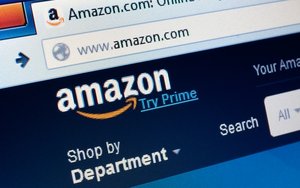 "Amazon’s customers trust that when they make a purchase through Amazon’s website — either directly from Amazon or from one of its millions of third-party sellers — they will receive authentic products manufactured by the true manufacturer of those products," Amazon says in its court papers. "A small number of bad actors seek to abuse that trust by creating Amazon Seller Accounts and using Amazon’s marketplace to market, sell, and distribute counterfeit goods."

Amazon alleges that ToysNet, Disk Vision and the other defendants violated their contract with the online retailer, which prohibits the sale of counterfeits.

The lawsuit regarding Forearm Forklift knockoffs includes similar allegations. Both lawsuits also include false advertising allegations, among other claims.

Amazon's suits come as complaints about knockoffs on its platform have drawn wide attention.

In September, Apple sued the company Mobile Star for allegedly selling fake iPhone and iPad accessories through Amazon. Apple said in its complaint that it purchased more than 100 iPhone devices, Apple power products and cables over a nine-month period. Testing revealed 90% of those products to be fake, according to Apple.

Amazon itself has defeated lawsuits over alleged counterfeits on its site. In one recent case, a jury in Seattle decided that Amazon wasn't responsible for knockoff Milo & Gabby pillowcases that third parties had offered for sale through Amazon.com. Milo & Gabby appealed the case to the Court of Appeals for the Federal Circuit, which will hear arguments from both sides on December 12.