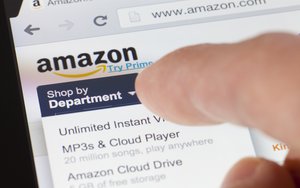 ComScore predicts that e-commerce will grow between 16% and 19% this holiday season, which means U.S. consumers will click their way to somewhere between $79 billion and $81 billion. Mobile commerce is growing much faster, and while it still represents a much smaller portion of actual spending, this quarter it reached 20% of total e-commerce, a first.

That means that internet retailers need to focus on m-commerce more intently, says Andrew Lipsman, comScore’s VP for marketing and insights, in a webcast detailing the predictions.

“Mobile commerce could be the difference between profit and loss this season,” he says. “It reshapes how people are shopping, if not buying. And given its growth rate, it could be the make or break factor.” What’s more, the cross-platform measurement company says it expects m-commerce to top $1 billion on Cyber Monday, a first.

Not surprisingly, Amazon is as dominant on holiday shoppers’ phones as it is on their computers. “In our research, we asked people how many retail apps they are comfortable having on their phone, and most wanted three or less. And of those who have just one, for four out of 10, it’s Amazon.”

While Amazon is the No. 1 e-commerce site, he also points out that Etsy is emerging as a new power, “quietly moving into the top 10.”

But there are positives, too, such as two extra shopping days, the momentum of robust spending in the first three-quarters of the year, still-low gas prices “and a strong selection of hot products and emerging categories.”

Among those that he expects to see in Santa’s checkout carts this season? Connected home devices, especially smart speakers, like Amazon Echo, Amazon Echo Dot and Google Home.

Forrester released its U.S. online holiday retail sales forecast today, too, predicting 13% growth and a total of $100 billion. While it says online sales account for 12% of discretionary retail sales, it expects that to climb to 16% in November and December.