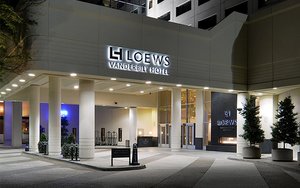 Loews Hotels is naming mono as its creative AOR for its three brands: Loews Hotels and Resorts, Loews Regency, and the OE Collection, which launched last year.

The creative review started with 12 agencies,and was eventually pared down to four. Informed of the win last week, mono will begin working immediately.

The first work under this new partnership will debut in the second quarter of 2017.

Loews has been active in experimenting with non-traditional advertising. Three years ago, Loews was the first major hotel chain to allow visitors to book rooms using Twitter. And it used social media images from its guests over professional photos during a recent ad campaign.

Loews worked with Avidan Strategies to manage the review, and brought in a mix of creative agencies, focusing mainly on those with strong track records of reinventing legacy brands.