Back To The Future: Using The Jetsons To Plot A Futuristic Ad Campaign 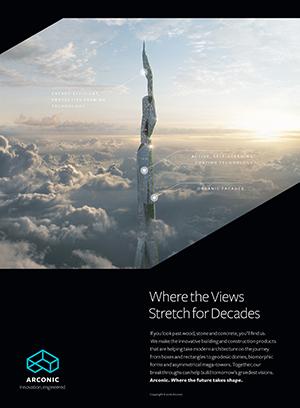 Alcoa spin-off Arconic is using the classic TV series The Jetsons to illustrate the transformational role the precision engineering and manufacturing company has played in the past and hopes to play in the future.

Developed with The&Partnership, the centerpiece of the campaign is a live-action re-imagination of the futuristic world of “The Jetsons,” the animated 1960s television series from Hanna-Barbera that was set in 2062.

Filmmaker Justin Lin, best known for “The Fast And The Furious” movie franchise, partnered with Arconic engineers and notable futurists to give The Jetsons world a live-action makeover. This included conceptual visualizations of products Arconic engineers are working to introduce over the next fifty years, from flying cars and vehicles that can travel on Mars to a two-mile tall building that “eats smog” and sustainable housing.

In this newly-imagined world, Arconic’s “George Jetson” is a senior engineer at Arconic; wife Jane is its Chief Innovation Officer; daughter Judy is studying architecture in Paris and son Elroy attends school at Little Dipper Elementary.

The video is accessible at www.arconic.com/thefuture where noted individuals and intellectuals also chime in with their thoughts about the future.

The campaign is supported with print ads and signage in major airports in the U.S., France, and Germany beginning January 16. Airport signage launches in UK airports beginning December 5. OOH will debut in cities in China, Germany, France, UK, and the U.S. and the project runs across social media with the hashtag #FutureTakesShape.

“Like this project, The Jetsons was about the technology that would shape our future. To honor that legacy, while grounding it in reality – that’s something I wanted to explore," says Lin.