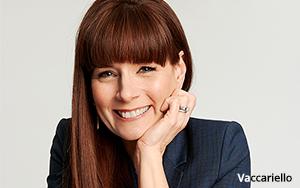 Liz Vaccariello has been named editor-in-chief of Meredith Parents Network. On November 28, she will replace Dana Points, who is leaving to 'pursue a new endeavor," per the company.

The Meredith Parents Network is made up of Parents, Fit Pregnancy and Baby, FamilyFun, Parents Latina and Ser Padres magazines, as well as Meredith’s Hispanic women’s lifestyle brand Siempre Mujer.

This is a homecoming for Vaccariello, who was executive editor of Meredith's Fitness magazine for seven years, until 2006, when she became editor-in-chief of Rodale Inc.’s Prevention magazine.

Vaccariello has also served as editor-in-chief of Rachael Ray Every Day and Cleveland magazines.

Currently, she is Chief Content Officer for Reader’s Digest, a position she has held since 2011.

A Meredith spokesperson told Publishers Daily that Points has not yet announced her future plans. Points has served as editor-in-chief of Parents since 2008. Before that, she was executive editor at Condé Nast’s Self magazine for nine years.