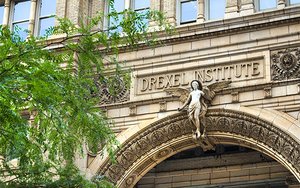 Drexel University has selected LevLane as its media AOR following a two-month review. The incumbent MayoSeitz Media did not compete.

LevLane will oversee media buying and planning duties for the Philadelphia-based private university, as well as its sibling institution Academy of Natural Sciences Museum.

The Philadelphia-based agency will assume duties on $1.7 million account this week.

Anticipated media placements -- both online and off-line -- will target high-school students and their parents, primarily in the Philadelphia region, and, for the museum, Philadelphia-bound visitors and tourists.

Selection was managed by executive director, marketing and digital strategy, university communications, Joseph Wilson, and was based on LevLane’s credentials, experience in the higher-education sector, and on its demonstrated capabilities in the use of analytics to evaluate media ROI, they say.

With about 26,000 on-campus students, it is one of the nation’s 15 largest private universities. Drexel Online is among the oldest online degree programs. The Academy of Natural Sciences of Drexel University is the nation’s oldest major natural-science museum and research organization.

The school is currently on the upswing.

Drexel closed fiscal year 2016 by raising $120.7 million in gifts and pledges, surpassing the university’s goal by $700,000 and beating last year's effort by $5.3 million. This marks the third year in a row of achieving a record-breaking fundraising total for the school.