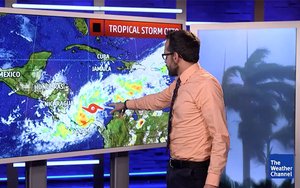 Independent TV networks showed a sharp rise in national commercial impressions for the month of October. topping a year ago by more than a 9% share.

Those TV networks grew to a 9.3% share from a 7.6%. Wieser also notes local TV station-based digital networks, such as Escape and Grit, accounted for a 0.8% share of all national TV impressions. Multicast TV networks were at a zero percent share a year ago.

NBCUniversal remained the top TV network group in terms of commercial share -- C3 rating -- when it comes to 18-49 viewers. It Is now at a 14.6% share, up from 14.5% a year ago. (C3 ratings are the average minute commercial rating plus three days of time-shifted viewing.)

National TV networks' average advertising loads was up to 10.8 minutes per hour versus 10.5 minutes.