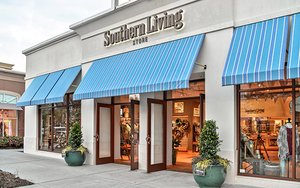 Southern Living has opened a branded retail store in Myrtle Beach, South Carolina, the first of many such stores to open next year.

The brick-and-mortar store features items from local Southern artists and producers, as well as Southern Living’s own products, such as its cookbooks.

Located in the Market Common shopping center, the 5,000-square-foot space also has Fashion, Home Decoration, Travel and Gardening sections. The store features an on-site demo kitchen that lets customers sample Southern Living recipes to be tested on the magazine’s site.

Southern Living partnered with Watch Out, LLC to open the store.

“As we extend the Southern Living brand to a whole new level, we chose a distinctly Southern market, Myrtle Beach, for our inaugural retail store,” stated editor-in-chief Sid Evans.

A spokesperson told Publishers Daily the brand’s future stores will be located in the South, but did not give specifics on when the stores will open or in which cities.

The Birmingham, Alabama-based magazine, which is owned by Time Inc., reaches more than 20 million people each month.