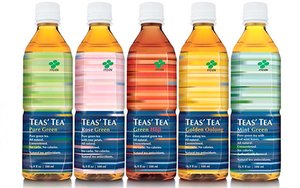 ITO EN, the largest supplier of green tea, is naming Engine Group as its AOR to support all of its brands in North America, including TEAS’ TEA, Oi Ocha, ITO EN Shots, Matcha LOVE and Jay Street Coffee.

The network’s media services operating unit, Engine Media, will be handling media planning and buying for the company as well. There was no formal review.

Engine will first focus on Matcha LOVE and TEAS’ TEA brands, and will launch an inaugural campaign for Matcha LOVE later this month. The ad agency will also introduce a dedicated communications platform for green tea drinkers.

In 2001, the Japan-based beverage brand opened in North America to expand its green tea business. Having first launched in the New York City area, the company is now focusing on expanding its distribution to a national level and growing its ecommerce operations to drive larger and stronger sales across the U.S.

“With attention towards this industry increasing among the media and the public, it’s more important than ever that we establish a strong brand strategy,” stated Harris Goldman, head of marketing and innovation, ITO EN. “We are confident that our partnership with Engine Group will help us achieve this, while further boosting the popularity of green tea within American culture.”