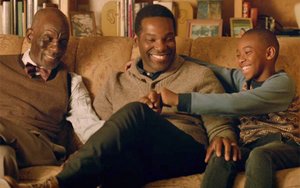 In a different take on the holidays, SunTrust and its agency StrawberryFrog are reminding America it's about presence with your family and not only buying presents.

With four in 10 Americans (43%) feeling pressure to spend more than they can afford during the holiday season, SunTrust's new campaign celebrates togetherness.

The creative shows people enjoying one another while holiday music plays in the background. The voiceover invites viewers to visit OnUp.com to learn more about how to save money using tools like a holiday planning guide and spending calculator.

The goal of this holiday campaign is to reframe how people think about holiday giving and encourage them to enjoy what really matters this holiday.

The season is often the most challenging time to gain control over finances, resulting in overspending that can lead to financial stress and distract people from enjoying the meaningful moments, the agency said.

"There's no better time to express this than with a powerfully emotive and original commercial for the holidays when everyone's at home with their family and friends," says Scott Goodson, CEO, StrawberryFrog. "Our bank customers want to be with a bank that empowers them to live a great life with confidence – not be sold."

The campaign has attracted more than 10 million social media impressions on game day alone and currently has more than 700,000 OnUp.com subscribers.