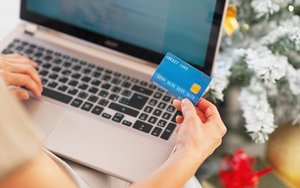 The high-octane online sales pace of Thanksgiving weekend is spilling over into Cyber Monday, with early tallies looking strong.

Adobe Digital says it expects the day’s sales to finish out at $3.36 billion, which would be a 9.6% gain from last year, topping the $3.4 billion consumers spent on e-commerce on Black Friday. It estimates that mobile is accounting for about 38% of sales.

But while more people plan to take advantage of Cyber Monday offers — 122 million, up from 121 million, according to the National Retail Federation — they are not talking about it nearly as much. Adobe says social buzz about the promotional event has fallen 82%, with just 96,449 mentions, down from 535,810 mentions last year. Products being talked about the most? In rank order, it says Sony PS4, Fitit, Pokemon Sun/Moon, Xbox, Barbie, Lego, Amazon Echo, Google Home, Apple Watch, and of course, Frozen are leading the list.

Mobile is looking to be as powerful a component of online sales for Cyber Monday as it has been throughout the weekend, with PayPal reporting double-digit growth in mobile payments in the first eight hours of the day.

The NRF says that in its survey, 28 million consumers — or 23% — say they plan to shop using their phones, roughly even with last year.

Big winners are expected to be Amazon, Target and Walmart. In a pricing study just released by Deutsche Bank, Amazon continues to have a clear price advantage, and “significantly increased its edge over Walmart,” writes Paul Trussell, its retail analyst. For the first time, Deutsche included Jet.com in its analysis and found that the site, recently acquired by Walmart, underperformed against every competitor.

Deutsche says Amazon dominated in electronics, toys, movies and books. Target, however, had the lowest prices in electronics, when factoring discounts related to its REDcard.