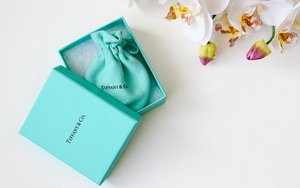 While the impact of the holiday season is big for all retailers, it’s super-sized for jewelry stores, and both Tiffany and Zales are hoping to add plenty of sparkle.

In a campaign that has already triggered the wrath of one “indecency” watchdog group, Zales is running “We believe,” which extols the kind of romantic commitment it calls “a diamond kind of love.” The vignettes include an older couple celebrating an anniversary, a young couple with a new baby and two women exchanging wedding rings, and has become the latest target of the Mississippi-based One Million Moms, which calls the ad “an attempt to normalize sin.” (It’s not the first time Zales has been in the group’s crosshairs: It is also objecting to the company’s decision to advertise on Impastor, TV Land’s sitcom.)

Zales, owned by Signet, isn’t having any of it. “We are very proud to have helped guests celebrate life and express love for nearly 100 years,” it said in a statement. “Throughout that time, we have always been dedicated to promoting a spirit of inclusion for all guests, which reflects our core values and the type of exceptional experience we believe every guest deserves.”

GSD&M is the agency.

Tiffany, too, is hoping Santa will be handing out diamonds this year, with its “Make the world sparkle” campaign from Ogilvy. A representative tells Marketing Daily the spots will appear across digital and social media channels throughout the holiday season.

Separately, the company just released its third-quarter numbers, with total sales coming in flat, while comparable-store sales dipped 3% on a constant currency basis. In the Americas, sales slipped 2% to $417 million, which executives chalked up to lower spending by U.S. shoppers. Still, the results were better than expected. "We are encouraged by some early signs of improvement in sales trends,” says CEO Frederic Cumenal in its announcement, “but we clearly need more positive data over time before this can be considered an inflection point.”

The company says it has also noticed some negative impact from its proximity to the security cordon of Trump Tower and was forced to cancel its annual holiday-windows unveiling due to security concerns surrounding anti-Trump protesters in midtown New York.

While Signet, the world’s largest diamond retailer and parent company of Zales, Kay and Jared, doesn’t have political protests to blame, it too recently reported that third-quarter sales declined, dropping 2.5% to $1.2 billion. It says it expects sales in the fourth quarter to decline between 2% and 4%.

The National Retail Federation says that typically, jewelers make a higher percentage of sales during the holiday season than other retailers, at about 26%.