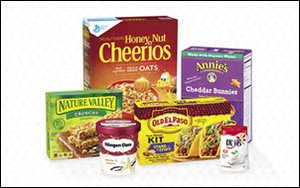 Cereal and snack food giant General Mills has selected three agencies that will comprise its roster of go-to shops for project work. They include Joan Creative, Erich + Kallman and The Community, and will be the firm’s “preferred U.S. project-based agencies.”

The selections come after General Mills chose MDC Partners’ 72andSunny (with sibling agency Redscout) as its primary creative partner for the U.S. in October.

72andSunny/Redscout will service the company’s major brands including Cheerios, Nature Valley and Yoplait. The project-based agencies will work across General Mills’ portfolio of brands as needs arise. The company has dozens of brands including Haagen-Daz, Annie's, Bugles and Chex to name just a few.

GM spends an estimated $700 million on ads in the U.S. Last year the company selected Mindshare for media duties after a separate review.

“In looking to round-out our roster, we met with dozens of interesting agencies and were wildly impressed by the breadth of talent out there,” said Michael Fanuele, General Mills vice president and chief creative officer. “The industry is teeming with small agencies of every variety doing really powerful work. We’re very excited to work with these three agencies. We’re confident they’ll help us crack great creative work for our brands, and they’ll do so with ambition and generosity.”

GM also has an in-house agency called The Bellshop that focuses on project-based support.

The firm stated that its full-time creative and project shops, along with Mindshare and other partners would work closely “on new and compelling ways to connect brands to culture, driving business results.”

The General Mills creative review made headlines when it was disclosed because the cereal giant took the unusual step of mandating that the winner have a diverse creative department, specifically made up of at least 50% women and 20% people of color. Other marketers, including HP have since issued demands for diverse agency workforces as well.