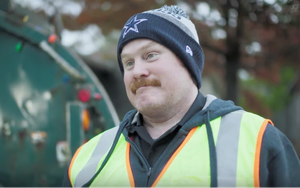 It seems that the ever-expanding holiday shopping calendar is translating into sharply lower ad spending so far, according to a report from Kantar Media.

Based on an analysis of media buys from Oct. 31 through Nov. 27, it says that while total retail holiday ad outlays fell 9% $1.2 billion, Best Buy lopped its spending by 50%. Kohl’s cut its budget by 24% and Walmart spent 22% less. Only 3 of 11 of the biggest advertisers—Target, J.C. Penney and Lowe’s—increased their ad budgets.

“The growing tendency for consumers to spread shopping out beyond Black Friday and to buy more online may also be encouraging retailers to do more cost-effective digital campaigns earlier in the season,” it says, saving pricier TV pitches for the countdown to Christmas.

Kantar says the results suggest that Black Friday “may be becoming more of a sales concept than an actual sales event tied to a specific day,” and that stores made specific Black Friday mentions less frequently. The media tracking company, which says it doesn't believe competition with election advertising is a factor, says it sees a big shift away from TV to more tactical digital buys. (It includes spending on TV, local radio, newspapers, and Internet display in its totals.)

By category, spending from electronics stores in the month-long period fell 34%, while department and discount stores trimmed budgets by 20% and toy store advertising is off 18%. Only two of seven categories—home and building, up 15% and food and drug, up 7%—saw increases.

“While retailers once focused on an all-out combat to get consumers to stores on one critical day, shopping behavior now appears to be spread out over more days, and is increasingly migrating to the web and mobile devices,” it says. And the explosion of promotional messages across an increased number of channels, including social media and paid search makes it harder for those who are advertising to break through to consumers.

Despite the cuts, Walmart remains the biggest spender, followed by Target, Macy’s, JC Penney and Kohl’s. Walmart and Amazon tied for paid search.

In social media, Kantar says no retailer emerged as a clear leader. But an analysis from Unmetric, a Kantar partner, of Facebook, Twitter and Instagram in the busy Nov. 23 - 28 shopping week finds that Kohl’s, Best Buy and Target had the highest levels of engagement.