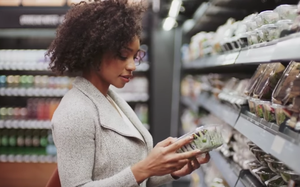 While the e-commerce world has been waiting to see what unexpected grocery tricks Amazon has up its online sleeve, it pulled a fast one, announcing plans for Amazon Go, a brick-and-mortar supermarket with no lines and no checkout.

Making its announcement via a how-it-works video, the company says the first store is slated to open in Seattle this spring. Its “Just walk out” technology, which allows consumers to simply toss items in their bag and then leave, is based on the latest in computer vision, sensor fusion, and deep learning. “Four years ago we asked ourselves, 'What if we could create a shopping experience with no lines and no checkout? Could we push the boundaries of computer vision and machine learning to create a store where customers could simply take what they want and go?” it says in its announcement.

The news surprised industry observers, who have long been watching Amazon’s efforts to take online grocery shopping mainstream, including Amazon Fresh. Back in October, reports circulated that it intended to open 20 pilot grocery stores in the next two years, and that it believes it could open 2,000 over the next decade, but many expected they would function mainly as pickup spots for online orders.

“It’s a great example of how technology is not just an enabler of online shopping, but a way to change physical shopping too,” says Bill Bishop, chief architect of Brick Meets Click, A Barrington, Ill.-based retail consultancy.

A big question is what consumers—who have only ever met Amazon online—will expect when walking into a physical store. It’s likely to be very different, he predicts. “Every supermarket you’ve ever been in represents the legacy of the last 75 years of supermarkets,” he tells Marketing Daily. “They’ve gotten bigger and bigger, and variety has been extended.”

He expects Amazon Go will be radically smaller. Instead of 30,000 items, he predicts it will have more like 3,500, “like a typical Trader Joe’s.” And instead of 40,000 square feet, it’s more apt to be 16,000 or so. And he bets variety will be limited to a national brand and a private label.

He thinks Amazon can even handle the problem of perishable foods with quick replenishment and satisfaction guarantees. “It all comes down to trust,” he says. “If Amazon can tell people that asparagus or seafood is fresh and has a meaningful guarantee in place, people will trust them.”

With substantially fewer items, smaller stores, shelf technology to know exactly which items sell fastest and high private label sales, it could potentially have higher sales per square foot and higher profits, in an industry known for its razor-thin margins.

Of course, it’s also possible Amazon isn’t all that concerned about profits, at least in the early phases. “What Amazon has done well historically is test and optimize and scale in order to reduce customer pain points,” says Tom Caporaso, CEO of Clarus Commerce, based in Rocky Hill, Conn. “It’s gone down some interesting roads before, but the more services it puts out there, they more it pulls you into the Amazon ecosystem. If you’re using Amazon Prime, ordering through Amazon Echo, watching movies, and now using Amazon Go and that app, these are all just multiple ways it can stay connected.”

While plenty of observers took to Twitter to hail the news as game changing and genius, others pointed out some downsides. “That’s 3.4 million American jobs lost in a minute,” said one. “Amazon to take the jobs of hard-working self-checkout machine manufacturers,” joked another.

But Caporaso expects it to be a hit: “This is really an amazing next step in retail.”