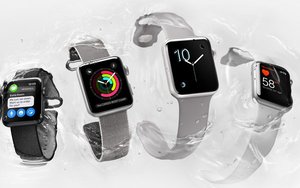 Who would want a cheap fitness tracker when you can have an Apple Watch? A majority of consumers, apparently.

Apple's decision to launch its second-generation watches in mid-September, toward the end of the quarter, likely contributed to the decline.

Yet the primary reasons for the downturn were an aging lineup and an unintuitive user interface, IDC suggests. Although both issues have been addressed with the latest-generation watches, Apple's success will likely be muted as the smartwatch category continues to be challenged.

“Where smartwatches were once expected to take the lead, basic wearables now reign supreme,” Jitesh Ubrani, senior research analyst for IDC, notes in a new report.

Indeed, basic wearables -- primarily comprised of fitness bands -- accounted for 85% of the market and experienced double-digit growth during the third quarter. Much of the increase was attributed to the launch of newer models, an expanding user base, and an enticing summer season that allowed people to step out of their homes.

Why are consumers so hot on basics? Simplicity is a driving factor,” according to Ubrani.

Despite recent negativity surrounding the company's long-term strategy and stock price, IDC expects Fitbit to continue leading the pack in the near term.

IDC expects the momentum for basic wearables to continue for the remainder of the year as the holiday season is now in full swing.

However, smart wearables capable of running third-party apps will likely continue to struggle in the near term.