Digital Eyes 'See' What People Are Up To 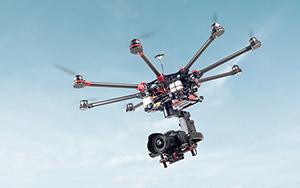 Among other transformation, the Internet of Things will, in effect, create a lot more of what I view as digital eyes.

Various types of sensors and tracking devices already are being deployed so that distant viewing of people or their activities can be remotely captured.

Numerous examples of this have made some headlines recently.

For example, a drone went missing in Orem, Utah, this week. The drone earlier had been spotted by a resident just outside his bathroom window. The man saw the drone land and picked it up later and brought it to the police, according to a story in a local news service, the Gephardt Daily, which passed on the police department alert, which read:

The post ends with the note: “we know who you are, but let’s make this easier on everyone.”

However, not everyone is so helpful in self-capturing themselves and that’s where more connected technology comes in. Some examples:

And then there are cases of serendipity combining with connected technology.

When a resident was flying his drone in Tulsa, Oklahoma, last week, he saw someone come out of a broken window with two bottles of scotch. The drone operator had his camera-equipped drone follow the men and hover overhead until the police arrived, according to NewsOn6 in Tulsa.

It’s not that digital eyes can technically always see something, but they pretty much can tell where things are and where they’re heading.

iot, mobile, retail
4 comments about "Digital Eyes 'See' What People Are Up To".
Check to receive email when comments are posted.
Read more comments >
Next story loading