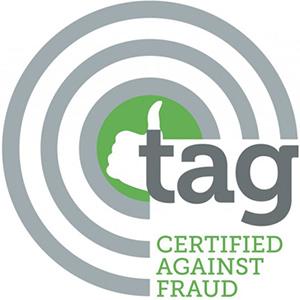 The Trustworthy Accountability Group (TAG), an advertising industry initiative that aims to fight criminal activity in the digital ad supply chain, on Wednesday announced the first group of companies to earn the TAG “Certified Against Fraud” Seal. The Seal demonstrates that the companies have met TAG’s anti-fraud standards.

“Advertising fraud and its related supply chain issues are complicated and overlapping, so TAG has created a set of interlocking seal programs to clean up the ecosystem through rigorous standards, information sharing, and transparency,” Mike Zaneis, CEO of TAG, told Real-Time Daily via email.

Zaneis offered an example of how pirated content draws consumers to malicious sites that infect their computers with malware, and that malware ties together millions of hacked computers in botnets that drive digital ad fraud. He said that TAG's programs aim to tackle each of those problems to help eliminate ad fraud.

TAG announced an anti-piracy program in early 2015, an anti-fraud program in May, and the anti-malware program in November. Companies that have earned TAG's Certified Against Fraud Seal "are like the initial landing craft at Normandy, and they should be commended for their leadership in being the first to complete the TAG anti-fraud certification process while establishing a beachhead for the industry. Over the coming months, we expect dozens of other companies to join them in completing the certification process,” Zaneis said.

Companies that earned the seal met the following standards:

--Fraud vendors complied with all of the steps required of buyers, as well as domain list filtering and data center IP list filtering.

--Intermediaries, such as ad networks and other indirect buyers and sellers, complied with all of the steps required of buyers, as well as domain list filtering, data center IP list filtering, and TAG’s Payment ID System.

A second group of companies to receive the TAG “Certified Against Fraud” Seal will be announced in early 2017.