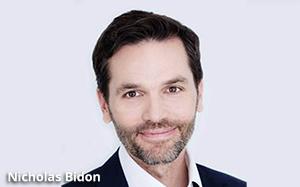 Bidon was previously CEO of Xasis EMEA, where he led its operations across the company’s 25 markets in the region. He helped grow Xaxis' specialist companies Light Reaction, Bannerconnect, and plista.

Now as global president, Bidon will be responsible for guiding Xaxis’ overall company strategy, growth, client development, and operational leadership across all regions.

Previously, Bidon was global CEO of native ad specialist plista, where he led the company’s integration into the Xaxis portfolio, relaunching it as a programmatic native advertising firm. Earlier, Bidon served as managing director, U.K., for Xaxis.

“Nicolas has played an integral role in the Xaxis success story over the past four years and we are pleased to welcome his leadership as global president,” Gleason said in a statement. “His extensive knowledge of the Xaxis business, proven leadership ability and experience developing and launching new programmatic products across global markets makes him an ideal choice for the position.”