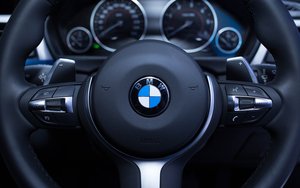 One of the promises of connected or smart cars is that driving can be made safer.

In the short term, auto manufacturers are adding various components of connectivity to new models.

For example, Audi is adding a feature that allows the car to tap into traffic light information so the driver will know precisely when a red light is about to turn green.

And a Samsung company has come up with a device that can project messages to a driver’s windshield.

However, there can be a downside to connected cars, at least if a person is a car thief.

A car thief found himself locked inside the car he had taken, according to the Seattle police department.

The thief had been prowling cars when came he upon an unlocked BMW 550i in a parking garage.

Likely to his surprise, the thief found a key in the car, left by a friend of the owner. The owner had gotten married a day earlier and loaned the car to a friend, who mistakenly left the key fob.

As soon as the owner discovered her car to be missing, she called police.

Officers then contacted BMW corporate, who tracked the car to a block where it was parked.

Police said they found the man sleeping in the car, parked in an alley and still running.

The car thief unsuccessfully tried to drive away.

The 38-year-old suspect was arrested and charged with auto theft and drug possession.