They May Be Limited: Creston Files Suit Over Name Of New McD's Agency 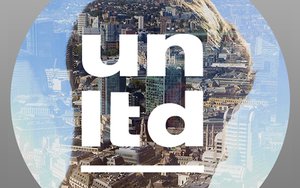 On November 17, Omnicom unveiled the new agency it pledged to create as part of its winning pitch for the McDonald’s advertising account. The new agency, called We Are Unlimited is dedicated to serving the fast-food giant’s business in the U.S.

Less than a week later, Omnicom and DDB Worldwide (which the new agency reports into) were slapped with a trademark infringement and unfair competition law suit in U.S. District Court in New York.

Creston asserted in court papers that its major consumer-facing marketing division is called The Unlimited Group, which runs a global operation that does business under a family of trademarks wherein the business units employ “Unlimited” as part of their name including Cooney Waters Unlimited and Corkery Group Unlimited.

Given that both Creston and Omnicom are both in the same competitive sphere, the plaintiffs argued, the choice of We Are Unlimited “coops Plaintiff’s pre-existing Unlimited mark. Defendants actions will inevitably cause mistake, deception, and confusion in the marketplace.”

According to Creston, the defendant applied to register the We Are Unlimited trademark in September and “were aware of Plaintiff’s family of Unlimited marks,” prior to that time. “Indeed part of the reason why defendants did not adopt Unlimited as the brand name, like Plaintiff Creston did was due to “ownership of intellectual property issues.”

The plaintiffs are seeking treble damages “in view of the defendants’ reckless conduct,” which is causing “unquantifiable damages to Plaintiffs.” Additional punitive damages are also being sought as well as permanent injunctions barring various uses of the We Are Unlimited and Unlimited monikers for business purposes.

Omnicom did not immediately respond to a request for comment and defendants have not yet formally replied to the complaint in court.

agency, legal, trademark, uk
2 comments about "They May Be Limited: Creston Files Suit Over Name Of New McD's Agency".
Check to receive email when comments are posted.
Read more comments >
Next story loading