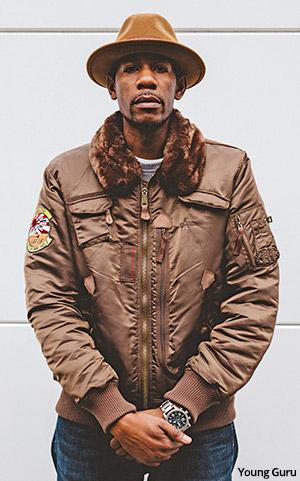 Under this partnership with Young Guru and his startup, Era of the Engineer, he will bring his resources and song-making skills to develop original music for campaigns and content created by The Marketing Arm.

Young Guru is known as one of the most successful hip-hop music engineers, working with musicians like, Jay Z, Beyoncé, Rihanna, Drake, Eminem, and Alicia Keys. The Grammy-nominated artist has also worked with brands including BMW, Gatorade, and Infiniti.

The agency claims to be the biggest brand-side buyer of music and celebrity talent, securing more than 700 celebrity deals a year on behalf of more than 100 clients.

“Music is a great connector and has the power to evoke our emotions. Partnering with Young Guru and Era of the Engineer solidifies our long-standing reputation as collaborators, and shows our commitment to elevating how we use music and entertainment to create culturally relevant and authentic opportunities for brands," said Larry Weintraub, chief innovation officer & president of music, The Marketing Arm.