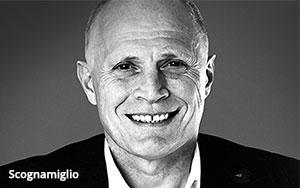 Omnicom agency RAPP Worldwide, has appointed Marco Scognamiglio to the post of global CEO. Most recently, Scognamiglio, a 17-year veteran of RAPP, served as acting CEO of the company -- a post he assumed in May after the departure of former CEO Alexei Orlov.

“Taking into account his many years of experience leading the RAPP network in various markets…  Marco is the right person to have at the helm of the agency to drive and deliver on the organization’s strategy,” stated Dale A. Adams, Chairman and CEO, DAS.

Prior to his appointment as acting CEO, Scognamiglio served as RAPP’s president of EMEA and APAC, as well as EVP of client relationships.

Scognamiglio said his priorities would focus “on our client work and on our people.”