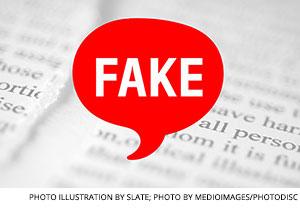 Slate has launched a Google Chrome extension called “This Is Fake” to flag fake news on Facebook.

The epidemic has plagued the social-media platform, especially in the lead up to the presidential election.

According to Slate's senior technology writer Will Oremus, the new, free tool does more than just flag fake news, which many can pinpoint without help.

It also aims to help Facebook users “identify, debunk and… combat the proliferation of bogus stories,” Oremus wrote in a post announcing the launch of the extension.

“...anytime you see fake news in your feed, you have an opportunity to interrupt its viral transmission, both within your network and beyond,” he added.

Once users install the extension and connect it to their Facebook accounts, a red banner will appear over articles in their feed that has been identified as fake news.

Slate says the extension uses a combination of crowdsourcing and editorial curation to identify articles in users’ Facebook feeds that are spreading misinformation, which are then verified by a team of Slate moderators.

This isn’t the first Chrome extension to try to reduce the spread of misleading news. A "Fake News Alert" Chrome extension was created by New York magazine journalist Brian Feldman, which has a pop-up appear to warn readers when they arrive at a site known to produce fake news. A B.S. Detector Chrome extension flags articles on Facebook that are from a "questionable source."

But the “This Is Fake" extension is different because it provides a link to an article from a reputable source that debunks the story it flagged, then suggests users share the debunking link as a comment on the offending post. This is the anti-viral functionality of the extension, which relies on Facebook users’ participation. 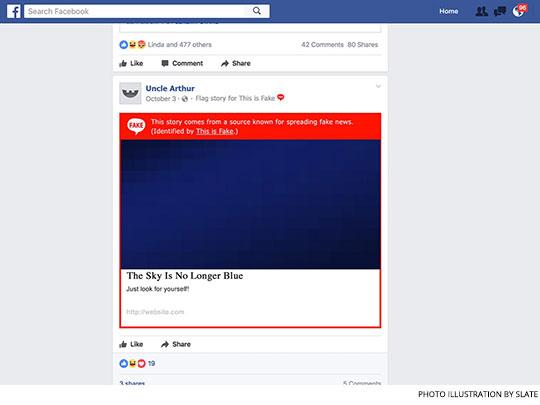 In addition, the tool can distinguish between individual stories and entire sites that are false.

“Readers have a hard time identifying fake news, especially when it confirms their pre-existing beliefs,” stated Slate Group vice chairman Dan Check. “This Is Fake is like anti-virus software for fake news. It makes detecting and responding to fake stories easy. We hope readers will use it to help stop the spread of fake news on social media.”

Slate is looking to partner with other media organizations to help with the editorial curation for “This Is Fake,” and likely wants it to be a stand-alone tool. The extension lives on at its own URL, outside of Slate.com

Fake news -- and its consequences -- cannot be ignored. A false story perpetuated a conspiracy theory that Hillary Clinton was at the center of a child sex slave ring; it inspired an armed man to open fire inside a Washington, D.C., pizzeria earlier this month.

It may be hard to describe the difference between “fake” and “real” news these days, but Slateexplains what it would not flag: “We would not count as fake news a story whose core claims are a matter of genuine dispute, with evidence on both sides. Nor would we count as fake news an opinion column that makes a prediction that turned out to be false, a news story that contains factual errors peripheral to its main point, or a work of analysis or commentary that uses hyperbole to advance a controversial argument.”

Facebook is looking to tackle bogus news articles. The company has suggested it is working on its own products for the platform, including “better technical systems to detect” fake posts and labeling such content.