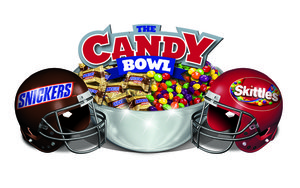 The who’s in and who’s out announcements for Super Bowl LI’s advertiser lineup are underway.

This week, Mars Inc.’s Wrigley division confirmed to Marketing Daily that the Skittles brand will run a Super Bowl ad, for the third consecutive year.

Last year, Skittles ran a 30-second ad, “The Portrait,” in which Aerosmith’s Steven Tyler interacted with a singing portrait of himself created out of Skittles candy. The prior year, the brand’s “Settle It” ad showed townspeople arm wrestling to determine who would claim a lemon Skittles. Both ads were from DDB Chicago.

This year, the brand will “Skittlize” the Big Game with another 30-second “Taste the Rainbow”-taglined spot — this time created by London-based adam&eveDDB, according to a Wrigley spokesperson.

The new ad will feature an “entertaining love story, told in a way that only Skittles can,” and will be released in advance of the game, in addition to airing during the game’s first quarter, the spokesperson revealed to Marketing Daily.

Mars had already confirmed that its Snickers brand will also air a Super Bowl ad, although no specifics have yet been released.

The “Marilyn” spot, part of the ongoing “You’re Not You When You’re Hungry” campaign, has continued to air throughout 2016 (as has Skittles’ Tyler ad). The “You’re Not You” theme scored first in 2011, with Snickers’ Betty White Super Bowl ad, and made a hit again in 2015 with the spot starring Danny Trejo and Steve Buscemi.

This year’s Mars-Wrigley efforts also include a second Super Bowl-themed joint promotion for Skittles and Snickers, “The Candy Bowl.”

Consumers who “vote” for “Team Snickers” or “Team Skittles” by registering their email addresses and texting a picture of one of the products earn chances to win instant prizes or unlock content, in addition to an entry in the sweeps with a grand prize of NFL season tickets.

The program will be supported by a series of integrated efforts, including joint in-store displays and consumer promotions designed to help retailers drive sales around the Super Bowl.

The joint promotions are based on research showing that most chocolate candy purchasers also buy non-chocolate candies, and vice-versa, according to Mars/Wrigley.

Last year’s joint promotion helped Mars/Wrigley realize a 20% lift in sales versus its typical Super Bowl selling season, with sales up for Starburst, as well as Snickers and Skittles — and the momentum has continued, with retailers increasing their year-over-year display orders, according to the company.

Frito-Lay Bows Out After ‘Crash’ Farewell

Meanwhile, after last year’s swan song for its decade-old “Crash the Super Bowl” contest, Frito-Lay has now confirmed that it won’t be airing any ads during this year’s game, to be broadcast on Fox on Feb. 5.

That’s a literal game changer. “Crash” pioneered the crowd-sourced Super Bowl ads in 2007 — which, while often pooh-poohed by critics for their “animals and kids” predictability, were also much-imitated because of their well-documented popularity.

During the contest’s lifespan, an impressive 15 “Crash” winners for Doritos ranked within the top five most popular Bowl ads, as tracked by USA Today’s Ad Meter. (Pepsi Max joined the contest for the 2011 game, and that brand’s winning ad placed seventh in the Ad Meter ranking that year.) Doritos also led Ace Metrix’s ranking of the top five Super Bowl advertisers between 2010 and 2016.

Last Year, Frito-Lay surprised fans by airing both the “Crash”-winning ad (“Doritos Dogs”), and the contest’s runner-up (“Ultrasound”) during the game. The Ad Meter showed them ranking #4 and #3, respectively. But Frito-Lay also showed a shift toward social media, with the addition of a “Crash the Second Screen” contest that offered cash prizes for the best Doritos-themed tweets during game day.

While Frito-Lay brands won’t have ads in the game this year, some are part of PepsiCo’s master Super Bowl marketing playbook leveraging its ongoing NFL partnership.

One program is a joint Pepsi/Tostitos sweepstakes in which consumers may use codes from the products’ packages to enter weekly drawings for “Unreal NFL Experiences,” or redeem points for NFL gear. The promotion’s biggest prize is a VIP-access trip to Super Bowl LI for two.

The marketing plan’s centerpiece, of course, is Pepsi’s sponsorship of the half-time entertainment. This year, Pepsi Zero Sugar is the official sponsor of the show, headlined by Lady Gaga.