Wheeler To Leave FCC In January 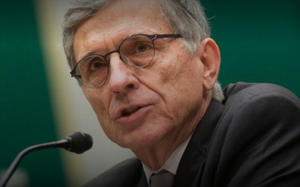 Wheeler was widely expected to step down as Chairman next month, but some observers had speculated that he would stay with the agency until his term expires in 2018. After he leaves, the FCC will only have three commissioners -- two Republicans and one Democrat. The agency's two Republicans, who voted against the net neutrality and privacy rules, recently said they expect the net neutrality and privacy regulations will be repealed soon.

Advocacy group Free Press, while initially skeptical of Wheeler, said today that he was "one of the most effective chairs ever."

"Wheeler didn’t come into this job as a Net Neutrality champion, but he will be remembered first and foremost for his leadership on that crucial issue," Free Press President and CEO Craig Aaron said in a statement.