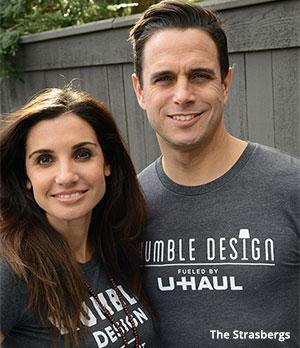 Doner Global Creative Chairman Rob Strasberg is leaving the agency to become co-CEO of Detroit-based Humble Design Fueled by U-Haul. The agency indicated that Strasberg informed staffers Friday morning about his planned departure and that he is not being replaced.

Strasberg held the titles of co-CEO and Chief Creative Officer until August when he was promoted to Global Creative Chairman. He was succeeded in the CCO role by Eric Weisberg, a 15-year JWT creative veteran. Weisberg holds the title of Global CCO at Doner; he was global executive creative director at JWT.

Strasberg had co-owned Doner before selling to MDC Partners in 2011. The agency credits him with helping to transform it into a “fully integrated, socially modern agency with new accounts including Alfa Romeo, Amazon, Chrysler, Coca-Cola, Dodge, Fiat, JBL, Jeep, JC Penney and Netflix.”

The U-Haul-backed non-profit helps families and veterans emerging from homelessness by providing donated furnishings and design services to help turn empty residences into inviting homes. U-Haul is ramping up its funding for the organization so that it can expand to additional cities in the U.S. Strasberg will develop the group’s marketing effort as it expands.

“Adding Rob in this capacity makes Humble Design that much more capable of impacting the lives of people striving to escape homelessness and provide their families with the basic needs that a dignified home should have,” U-Haul Executive Vice President Stuart Shoen said. “His skill set will undoubtedly prove beneficial as Humble Design expands with U-Haul by its side.”

Strasberg will co-manage Humble Design with his wife, Treger Strasberg, who in 2009 co-founded the Detroit-based charity. The partnership with U-Haul was formed in August.

“In advertising, you sometimes get the feeling you can change the world,” stated Strasberg, a 25-year verteran of the advertising and marketing sector. “I’m just looking to do that full-time.” What Humble Design has done in Detroit is a model we can replicate across America