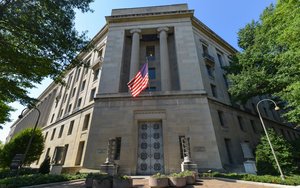 Publicis Groupe disclosed today that one of its subsidiaries has been subpoenaed by the Department of Justice in connection with its investigation into potential bid-rigging and price-fixing within the advertising commercial production sector.

Word of the Publicis Groupe subpoena follows closely on the heels of an Omnicom disclosure early this morning that it too had been subpoenaed.

It’s not clear how long the investigation has been ongoing, but Interpublic confirmed last week that one of its units had been subpoenaed. Both Omnicom and Publicis said they received subpoenas earlier this week, an indication the DOJ is widening it investigation. The holding companies all stated that they’ve retained outside counsel as they cooperate with the DOJ.

The probe was first reported by The Wall Street Journal December 6. None of the holding companies have identified the units specifically targeted by the DOJ probe.

“As part of the investigation led by the U.S. Department of Justice Antitrust Division concerning video production and post-production practices in the advertising industry, one of the subsidiaries of Publicis Groupe received a subpoena dated December 14, 2016. Publicis Groupe, supported by external counsel, will fully and productively collaborate with the investigation.”