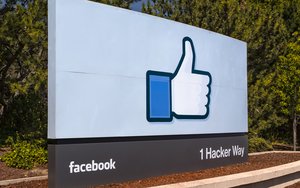 Facebook admitted in a Friday update to a December 9 blog post that it miscalculated publisher metrics for the fourth time since September, undercounting mobile traffic of content posted on its Instant Articles platform.

ComScore, which has a partnership with Facebook, alerted the social-media company that iPhone traffic was being under-counted from September 20 to November 30, caused by a recent update of Facebook’s software. Traffic from Android devices and iPads was not affected.

Instant Articles is a platform where media companies can publish content directly to Facebook and have it load faster than a regular Web page — without linking back to their own sites. Publishers can post their own ads on Instant Articles or have Facebook sell ads for them, relinquishing a cut to the company.

According to The Wall Street Journal report, the data error impacted less than 1% of most affected publishers’ traffic.

But others felt the blow. A source told WSJ that for some publishers, comScore estimated that some publishers’ traffic was under-counted by 10% to 20%.

“We have fixed the issue and are working with comScore to produce updated estimates for the relevant time periods for the small group of partners affected,” Facebook said in the post. “We have reached out to affected publishers.”

The Washington Post, BuzzFeed, Mic, Entrepreneur, Foreign Policy, Inverse, PopSugar and Variety, were some of the publishers affected.

The miscalculated metrics have marketers, ad buyers and publishers worried. While Facebook says the discrepancy hasn’t impacted billing, there is some concern that incorrect statistics affected how ad buyers allocated budgets.

In November, Facebook launched a new “Metrics FYI” blog series that provides updates when errors and bugs are discovered to be more transparent with publishers. In all of the reported discrepancies, none had any effect on the amount advertisers were charged for Facebook advertising.