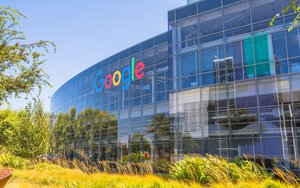 Google Contributor, the subscription service that allowed users to see fewer advertisements on publisher sites for a fee, will close in January and reopen in early 2017 with a new version.

The service allowed site visitors to pay fractions of pennies to see fewer Google-served display advertisements when visiting publisher Web sites, but insiders said getting users to pay for a subscription was slow going.

Subscribers paid a monthly subscription fee allowing those searching the Web and visiting sites as normal from any browser and device. Each time Contributor removed an ad from a page viewed by a subscriber, Google gave a percentage to that site.

It's not clear whether the revised service will include a variety of ads, from search and native to display. The decision to make the change was partly intended to provide a way to subsidize the financial loss from ad blockers. The new service will likely focus on mobile, though unconfirmed.

Most recently, according to one report, Google began charging a flat rate of $6.99 per month and calculated the cost of the ads removed, refunding you any money that wasn't put toward ads.

While building the new service, Google says it will not accept new sign-ups and provides a link to be considered an early tester.