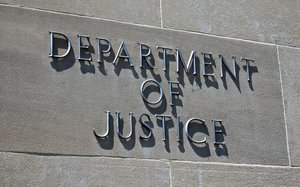 WPP issued a statement today that three of its subsidiaries have been subpoenaed by the U.S. Department of Justice in connection with its ongoing investigation into possible bid-rigging and other practices within the commercial production sector.

The holding company did not identify the units receiving the subpoenas.

WPP is the fourth holding company to acknowledge that one or more of its operating units has been subpoenaed by the DOJ.

The others are Omnicom, Publicis and Interpublic Group.

Word of the probe was first disclosed in a report by The Wall Street Journal two weeks ago. A short time later, IPG acknowledged that one of its agencies had been targeted by the DOJ inquiry.

Last week Publicis and Omnicom issued statements that units within their groups were similarly targeted. All four holding companies said they were cooperating with the DOJ investigators.

Commenting on the investigation in a note to clients Monday, Pivotal Research analyst Brian Wieser stated that the inquiry “may have consequences if these practices were found to have occurred (as relevant executives may be fired or even jailed, fines may be paid, settlements will need to be made with clients and new business efforts will probably be negatively impacted).

"But it seems difficult to imagine that bid-rigging is sufficiently widespread to meaningfully harm any significantly sized agency. Negative consequences could be further mitigated by what we could call the “complicit client” syndrome, where day-to-day clients may have turned blind eyes to questionable activities,” he added.

But Wieser also noted that agencies had already been under pressure to reduce their production activities, “driven by the rise of Production Decoupling specialists including the independent Loveurope and the DHL-owned Tag Worldwide.”

In response to that pressure on individual shops, Wieser noted “agency holding companies have created entities such as Craft (at Interpublic), Prodigious (at Publicis) and Hogarth (at WPP) forcing creative agencies to make their profits on many accounts from what we call the ideation and distribution functions of an agency.”

He also touched on what he called “another risk” stemming from the commercial practices probe.

“It would be unsurprising,” he wrote, "if the DOJ followed this investigation with another related to the allegations detailed in the K2 media transparency report earlier in the year,” that was commissioned by the Association of National Advertisers and which detailed ongoing practices by media agencies such as demanding rebates from media companies that weren’t disclosed to clients.

Such a follow-up probe by the DOJ, Wieser stated, “would be negative for the holding companies, [but] as with the investigation into the creative agency business, we think the ultimate impact is probably relatively limited. We also expect that investigation would not impact every holding company equally.

"Large marketers will continue to realize significant benefits from working with agency holding companies as the costs of bringing work in-house are too high for most to tolerate, and there are real benefits to working with agencies as they can apply scale-based knowledge of media pricing and best practices across all disciplines.”

However, the ANA created a committee to launch its own inquiry into commercial production practices, although a rep indicated Friday that the group had nothing to disclose on the matter at this time.