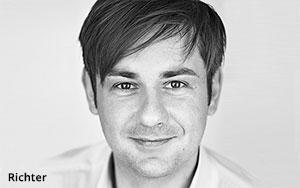 DAC Group is acquiring German-based ad xmedia to help the digital media agency grow its international footprint.  ad xmedia will be rebranded as DAC / Germany. Terms of the deal were not disclosed. Toronto-based DAC Group already has six North American offices and two in the UK, having acquired London’s Make It Rain last year and Scotland’s Ambergreen last month.

Founded in 2011 in Munich by Daniel Richter, the digital shop has since expanded to Dresden and employs 10 people. Richter will continue to serve as managing director and report to David Jowett, president, Europe, DAC Group.

Over the course of his career, Richter has worked with major technology players in Germany and his expertise in this space makes him exceptionally well-suited to rolling out DAC Group’s proprietary digital technology offerings to German marketers.

“Our focus at DAC Group is helping national brands with a distributed network of agents, stores or locations – where sales at the regional or local level are critical to success – build an effective digital presence and drive results," says Norm Hagarty, CEO, managing partner, DAC Group. "As we expand, we are partnering with agency partners who deeply understand and appreciate that philosophy.”